Tania Holmes, one of our highly innovative Towers team members, has been featured in a Defence Science and Technology Group Connections article:

“A lot can happen in just milliseconds,” she tells the audience.

“Time hides things. That sound you heard was only 2 milliseconds in duration, but critical events were unfolding over that time.”

“During a landmine event, whether a person lives, dies or is injured is mostly determined within the first 2 to 20 milliseconds – roughly the same time as the balloon pop.”

It’s a startling and effective way of explaining the importance of capturing the high-speed events and then slowing them down for analysis.

“By filming at high-speed we can get within that timeframe and watch those events unfold,” Holmes explains.

“But normal video has its limitations – it shows us what happened in one plane. To witness the event in multiple planes we need to film it in multiple dimensions.” 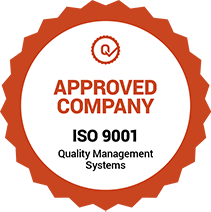 Towers Group is a proud supporter of the Special Air Service Resources Trust.